From Salon: The beauty of Social Security, the ingenuity of that program, is that it represents basic American values that are shared very broadly. So, as a consequence, Social Security is extremely successful, but it’s also extremely popular across the political spectrum.

We found in polling that Tea Partyers support it, union members support it, independents, Republicans, Democrats – it’s also widely supported among every demographic group and every age. The younger you are, the less likely you are to think Social Security will be there for you but they do support it, they believe it’s an important program … So this is an issue that, when you’ve got 80 percent of the country answering polls that Social Security should be expanded, but they do not think it should be cut, they think it’s vital, they think it’s more important in the future, all of those kinds of things, those kinds of numbers, you know that it’s very popular. 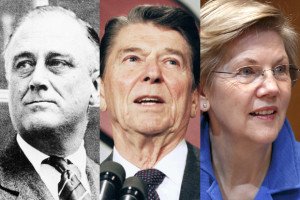